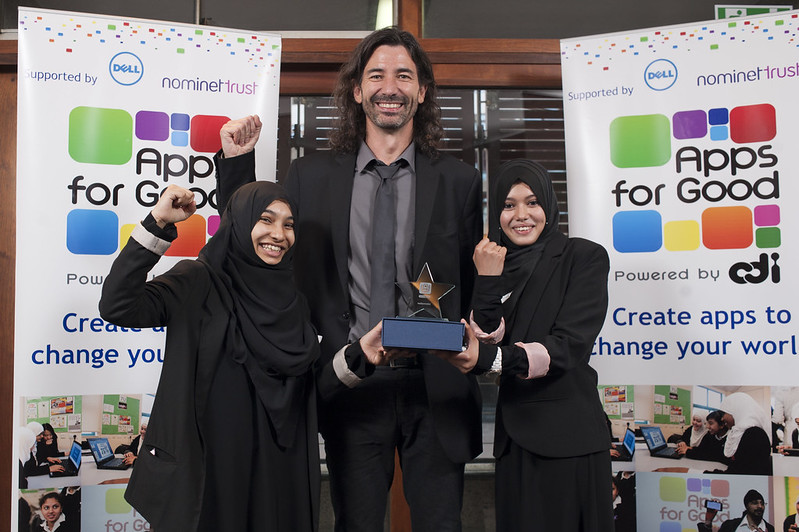 What Apps for Good shows is that technology is a path for anybody, and there’s this opportunity for young people to do amazing things.”

We caught up with Bob Schukai, Senior Vice President, Identity Solutions at Mastercard to chat about how he got involved with Apps for Good in the early days. A decade of flying around the UK to support students with their technology products, and how he has seen our courses develop and the impact that they have had on the students over the course of a decade.

How did you become involved in Apps for Good?

My team at Thomson Reuters and I had been thinking about how we could support kids to do more with technology - specifically to teach them about coding, which wasn’t taught in schools at the time, and how to use it creatively. Fortunately before we started any efforts, I met Iris and Debbie at the Trampery, a shared workspace in Shoreditch, in the first year of Apps for Good. I decided to throw our corporate weight behind it. We felt we had a shared mission. The rest is history!

I joined them at Number 10, to speak with the Prime Minister about the changes that needed to be made to the curriculum to get kids coding. Within 3 years we saw a massive change to the English School Curriculum and now coding is a requirement. Not only has Apps for Good changed the lives of the students they’ve worked with but indirectly the lives of thousands of young people across the UK.

What is it that makes you want to be an advocate for Apps for Good?

It’s about giving young people these empowering skills that are genuinely useful to the development of a new product idea beyond software development. What Apps for Good shows is that entrepreneurship powered by technology is a path for anyone, and there’s an opportunity for young people to do amazing things.

I’ve always said innovation doesn’t recognise postcodes, and Apps for Good proves that and gives children from all over the outlet to explore their creative ideas with technology. What’s also amazing is that Apps for Good has cracked the challenge of gender diversity by getting girls involved in technology and getting them excited about the possibilities. Very quickly the Apps for Good courses were achieving 50/50 participation between girls and boys. It’s so important to have something that is truly diverse across gender and economic background. It lets anybody be a part of it and succeed on the big stage. In some of the later years of the awards ceremony, girls would represent 60% of the teams presenting!

How has your involvement changed with Apps for Good over the years?

In the beginning, Apps for Good primarily had a programming focus, and over the course of time, we discovered that not every student had passion or even interest in coding. But they all had valuable interests, such as design and marketing that could be applied to technology. It brought a lot more people to the course, including experts, and broadened the tracks of things that could be offered in terms of marketing, business models or user experience design. It doesn’t force every kid to be a coder; you can find your place in creating something new and cool. 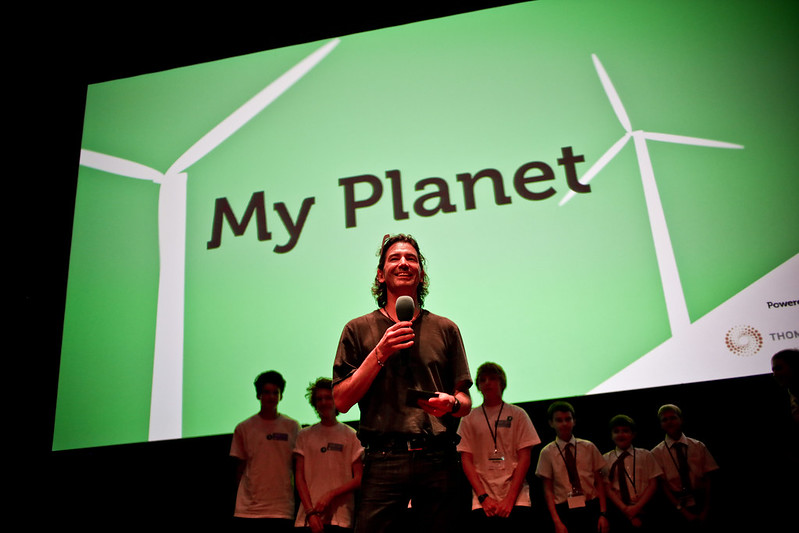 What do you think the students like best about taking part in Apps for Good?

Sometimes it’s something that doesn’t even show up until a couple of years later. I’ll have a former Apps for Good student contact me on LinkedIn, telling me what they’re up to now. Obviously a huge percentage of these kids are not going to be software developers, but they’ve been able to be entrepreneurs and make their own thing happen. They’ve been exposed to an experience they couldn’t get anywhere else, and they have created a starter network that they can leverage in their careers.

What impact has it had on you and your work?

Knowing that I could somehow pay it forward a little bit, whether it be giving my time or giving kids the opportunity to see what it’s like to be part of a real development team has been impactful.

Every single year the kids present ideas that I’ve never seen before, I don’t know how they do it. I am consistently impressed year after year by the problems that these kids are trying to solve. It pushes me to be better, to read and think about problems that I’ve not thought through before.

“How can you not walk away from that a better person; knowing that these kids from across the past 10 years are going into the workforce with a passion to make life better for other people.””

In the beginning, we didn’t know what to expect from the kids in terms of the problems that they’d want to solve. I think many of us associated with the program were really quite surprised. They came up with apps that addressed serious social issues. It really wakes you up to what this generation of kids is all about. How can you not walk away a better person; knowing that these kids from the past 10 years are going into the workforce with a passion to make life better for other people? When I look at the kids that come on their placements, they want to know how we’re behaving as a company from a social responsibility standpoint. They ask are we doing the right things in the community and the kind of leadership we are showing. It’s not about “what are you going to pay me” but what are we, as a company, doing to make the world a better place.

It hadn’t dawned on me until I looked back and thought about it, but I do think that companies are much more aware of the role they must play in contributing to society. This is a direct result of the questions these kids were asking, and the expectations they had about the company they would be working for. But I feel good knowing that they are now in the workforce asking how we can make people’s lives better.
We are celebrating a decade of Apps for Good, if you enjoyed this we have lots more for you to explore on our 10 years page, and here on our blog.